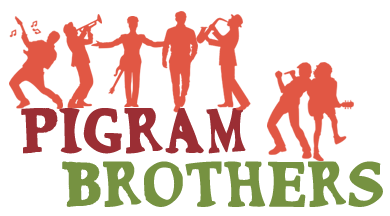 “Saltwater Country” and “” have become the main melodies of home care, and what has been so desperately demanded has been done. After the various major shops played in a mix of meetings and various plurality activities, the Brotherhood gathered their skills and limits and finally closed the Pigram Brothers in 1996.

The Pigram brothers are a national folklore band of seven members from the city of Broome, Western Australia. His original music is Broome and Coberly Saltwater Spirit and the country.

Nominated for Best International Music Album 2006 at the ARIA Australian Music Awards, under Mango Tree is the latest version of CD download from Pigram Brothers, recorded and recorded at Pearlshell Studios in Broome by Alan Pigram. As a result, a live DVD is recorded at Pearl Lodge in Broome and was drained in 2007.

The brothers Pigram and Alex Lloyd participated heavily in writing and creating music in the famous Mad Bastards, which premiered in 2011.

They are part of Kimberly and are very respectable and loving.

The seven individuals of the Pigram brothers are:

Punch out of this fantastic encounter of the Pigram Brother and saltwater music that you are touched by; they are connected with yourself and allow you to live in the beach bar for an exceptional show.

The Pigram brothers live in Broome

Photo: A group of seven provinces nominated by ARIA DE BROOMELINK to a larger image.

With a central mind in Broome in Western Australia, the Bigram brothers sing near the blackjack that surrounds Broome and the Kimberley area.

We returned to the band and played directly at the Mangrove Hotel, where they were found central in 2003. They participated overwhelmingly in the melody and influence of Broome, forming the original band to support Pran No Day by Jimmy Chi in 1990, the tune that received international help…

The Pigram brothers had a significant musical influence from the beginning and adulthood experienced in rich color culture in Broome. Alan, Stephen, and Philip were individuals who used scrap metals from 1983 until their division in 1995.

In 2006, Stephen and Alan were listed at the West Australian Music Hall of Fame.